The global gaming industry was already predicted to grow massively in 2020, but with COVID we’re seeing rapid growth spurts near daily. More people than ever are gaming now that we’re all inside, and limited in the ways we connect with friends. Even pre-COVID the dawn of mobile gaming left nearly everyone with a gaming 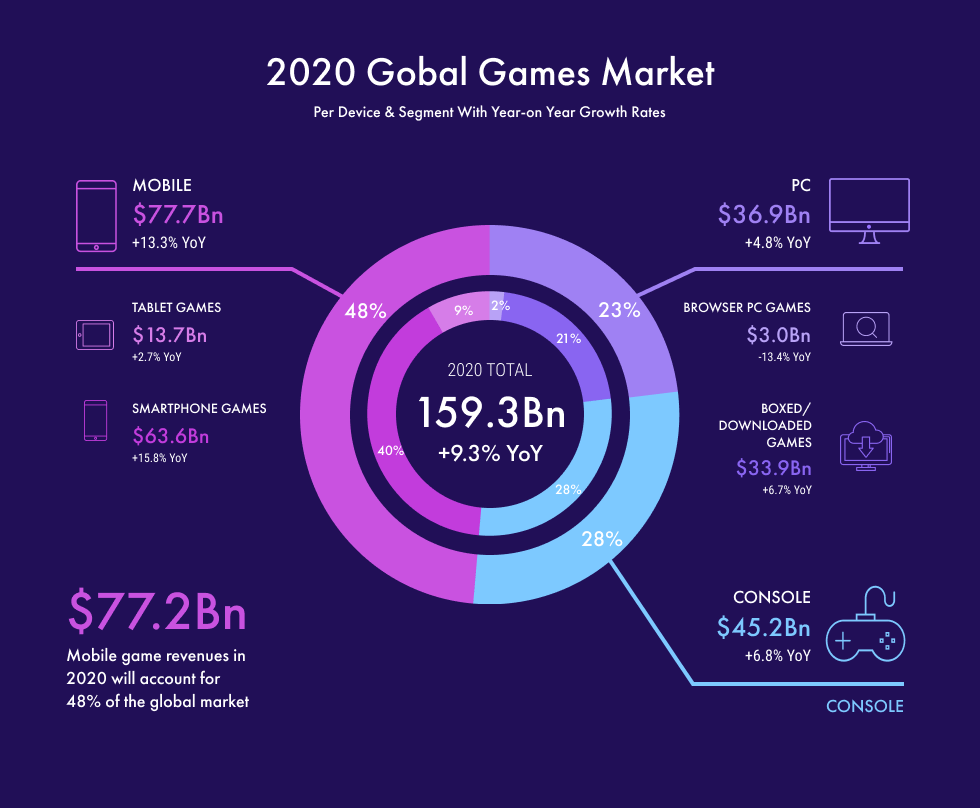 The global gaming industry was already predicted to grow massively in 2020, but with COVID we’re seeing rapid growth spurts near daily. More people than ever are gaming now that we’re all inside, and limited in the ways we connect with friends. Even pre-COVID the dawn of mobile gaming left nearly everyone with a gaming device carried in their pocket every day. Both casual and hardcore gamers alike are spending more and more time in front of screens. Digital video game spending hit a worldwide high of $10 Billion in March, and it’s left the industry wondering who’s going to get the next big slice of the pie.

We’ve seen entire networks put under serious pressure by game updates in our COVID-19 world. A certain mobile FPS has been giving North American, and global infrastructure a run for its money.

In 2019 over 50% of those who played games considered themselves casual gamers, explaining the abundance and popularity of casual games such as Angry Birds and Candy Crush. Gender plays a surprising role in gaming as men are more likely to use gaming consoles and PCs than women, while women use mobile phones more than men. The younger demographic massively prefer mobile gaming to console/PC games. Some people, myself included, play across multiple platforms. I know many gamers with PC rigs, XBoxes, PlayStations, Nintendo Switches, and mobiles/tablets. Those of us most passionate about gaming take our playtime when and where we can get it.

According to Nielsen, gaming viewership has more than doubled during COVID-19.

One thing in the gaming industry has been consistent for years: gamers across all ages and nat 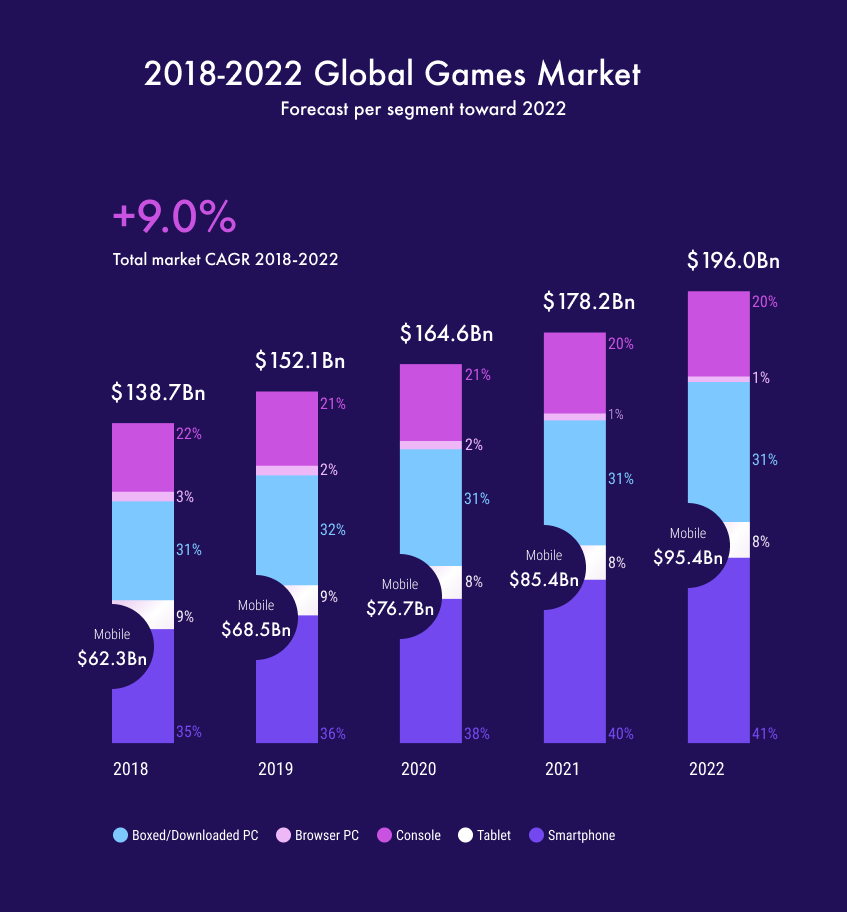 ions are increasing playtime to varying degrees. An increasing number of players hope to one day make gaming a career, leading to a rise in gaming viewership as gamers are watching fewer sports broadcasts, especially amongst younger gamers. Gamers overwhelmingly prefer to download games versus playing in the cloud, meaning the demand for download bandwidth is higher than ever in the gaming industry. Since slow download speeds are the number one cause of frustration for gamers, it’s essential to prepare for increased demand in 2020 and 2021.

Overall, playtime has increased 19% in the last year, bringing average gameplay up to just over 7 hours a week. When broken into chunks, on average, gamers play for over an hour and 15 minutes each time they play. Mobile phones have become the most common device for playing games, outperforming both PC and consoles. Slow download speeds are a primary pain point amongst gamers; over 85% of players say download speeds frustrate them. Amongst the young adult crowd, those 18-25, Battle Royale and First Person Shooters are the most common game type. However, overall, casual single-player games are still the most popular – this means delivering downloads across the right infrastructure is more important than ever to maintaining a quality of service. With increased competition in the market place, slow download speeds could spell the end for a game before it even gets started. As a gamer, and busy parent there is nothing more frustrating than when I go to play a game I’ve been excited for, and the download takes up all my free time. 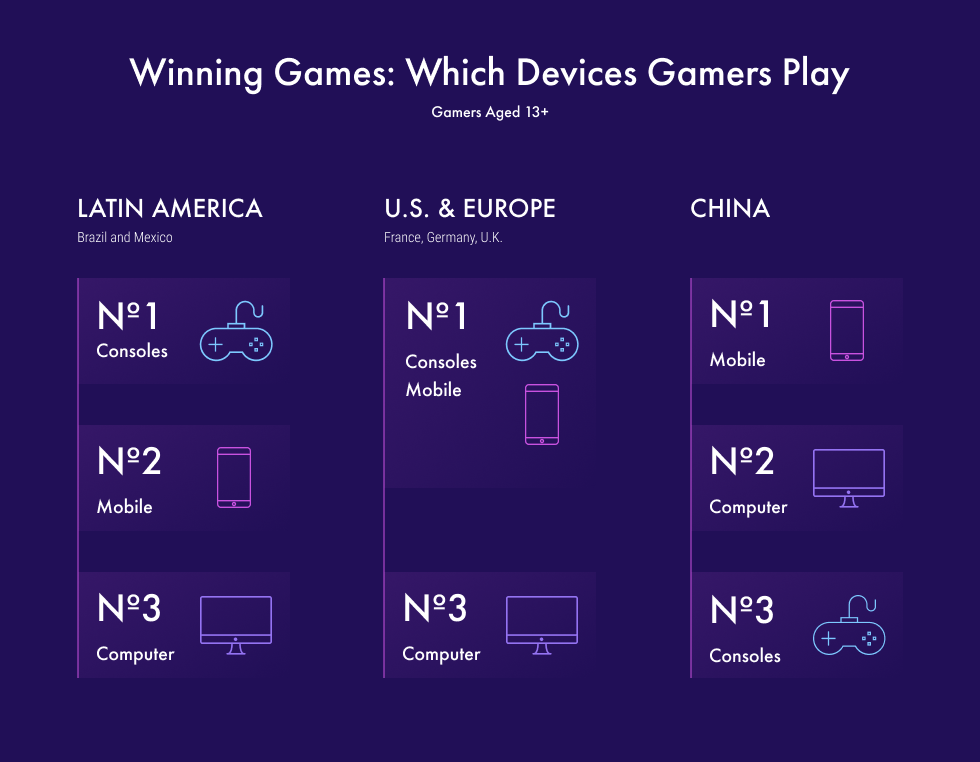 Gamers cite fast performance as the most crucial factor when playing a game. Here at CacheFly we know how frustrated end user’s become when their game lags. So we serve your content from the edge, where your end users are to increase QoS and keep players playing. Regardless, downloads remain the most popular method for acquiring games, with 64% of gamers preferring this method. This number continues to grow year over year.

Gamers are increasingly more interested in watching others play games. Sports remain more popular for viewing among gamers but if the current trajectory continues, game streaming may outpace sports broadcasts within the next five years amongst players.

More than 50% of gamers state they would not continue to play games on a platform that had experienced a data breach.

As we all know we’re delivery 8K in a 4K world, and it’s a race to the edge as we all attempt to accelerate bigger and better games to our end users. Let CacheFly be your partner in navigating evolving market conditions and demands. Download our Gaming Whitepaper here