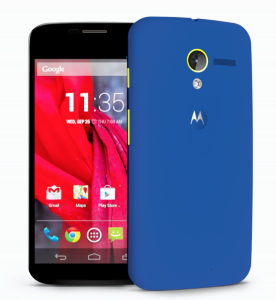 Motorola offered holiday customers the chance to grab an unlocked Moto X for just $350 on December 2, 2013. As Cyber Monday deals go, this one was a showstopper, and would-be buyers flocked to the Motorola website hoping to design and purchase their very own Moto X. Within hours, the site became unusable, and customers were furious. CEO Dennis Woodside took the rap and promised the company would make amends, but could this failure ultimately have been prevented?

Going down!
A large factor in the Motorola website issue was concurrent user volumes, according to a recent Business Insider article. Although the Moto X site was tested internally before the promotion went live, Woodside acknowledged that these tests were not “sufficiently extensive.” The sheer number of users all requesting the same data at the same time first caused a slowdown, then a site crash, leaving many users with full shopping carts but no way to complete their transactions. After fixing the issue, the promotion relaunched on December 4th, and Motorola also offered 30 percent off all accessories. The company performed additional damage control across social media channels by assuring consumers the number of phones available had been doubled, and another promotion day was scheduled for December 9th.

An easy way up?
One option for Motorola and other companies that occasionally sell high-demand items at a steep discount online is leveraging a reliable content delivery network (CDN). In addition to improving overall website performance by offloading image, Flash and JavaScript data from origin servers, companies also gain the advantage of real-time reporting to help visualize potential bottlenecks. As Technorati notes, the use of a CDN isn’t just about improving performance, but improving search engine optimization as well, since Google considers end-user experience a key factor in page rankings.
By distributing static content to geographically disparate servers, Motorola could have potentially avoided their Moto X disaster. Instead of trying to answer every user’s request from the same infrastructure set, calls for content could have been farmed out to CDN servers closest to the user’s location. Not only would this have improved response time, but it likely would have prevented the bottlenecking problem that Motorola and other companies can experience during high-volume online promotions. While there’s no guarantee the problem would have been entirely prevented, judicious use of a reliable CDN would have at least given the device maker time to make corrections before the entire site shut down.
Consumers now expect not only 100 percent website uptime, but also value-added content — in Motorola’s case, this is their Moto Maker, a resource-heavy customization tool for any new Moto X. Trying to keep everything in-house leads to problems when a company is faced with unprecedented consumer demand. Internal testing and wishful thinking won’t cut it: Stable performance means content support.
Photo credit: Wikimedia Commons