The whole world is moving to digital – and traffic patterns are spiking all over the place. Be ready for fluctuations with CacheFly! 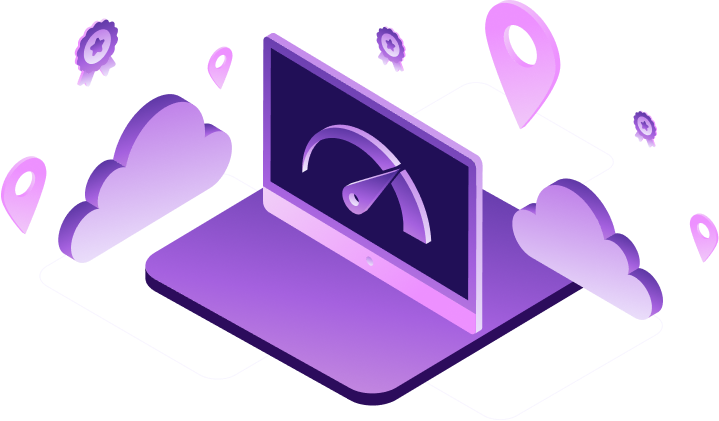 Expectations have changed, and customers expect a faultless experience when engaging with content – on any device, any time, anywhere in the world.

With CacheFly, you’ll get dedicated storage so you can prioritize and protect your content from noisy neighbors.

Viewers don’t hang around for videos that buffer; shoppers abandon carts on e-commerce sites that are slow, and gamers leave bad reviews when the latency is high.

QoE is the single most critical metric when serving content simultaneously to a large and distributed audience on a global scale – and your delivery stack can be your secret weapon.

Meet Customer Expectations
100% of The Time with CacheFly

Major CDN Frustrations Our Customers Come to Us to Fix

Our own infrastructure struggles in emerging markets and specific regions where we find it hard to build and manage our own service.

Leverage our CDN and let us worry about performance

With 89% internet penetration, CDNs compete for the top spot minute by minute, as we all build-out and expand PoPs rapidly to keep up with growing demand.

But our network in North America is different. It’s more diverse than most CDNs and we have strong coverage in the Midwest and central Canada, with Chicago being one of our largest PoPs in our network. We don’t ignore the flyover states either, like a lot of networks, and our PoP in Calgary gives us a more robust and wider coverage in Canada than others who usually make do with a PoP in Toronto.

Like North America, Europe is a mature Internet market with functional connectivity and relatively low bandwidth and infrastructure costs. We like to go further than just Frankfurt, London, Amsterdam, and Paris and deliver content to all of Europe such as Stockholm, Warsaw, Prague, and Helsinki – so you’ll always be able to deliver wherever your customers are.

Countries such as Japan and North Korea have some of the best penetration rates on the globe. China has the fastest-growing economy in the world, and India has over 500 million Internet users. But does your CDN have enough of a presence in these markets to make sure you succeed in expanding into Central Asia?

Check out our awesome network coverage on our Network Map

I’m trapped in a lengthy contract with my current CDN, experiencing sub-par performance and I’m ready to switch. What options do I have?

Design your own contract when you switch to CacheFly

Our CDN performance speaks for itself. Get your contract tailored to you – whether it’s month-to-month billing you need or specific PoPs you’re delivering from. No bait and switch.

Never pay for service overlap again, with CacheFly’s flexible monthly billing for as long as you need it and discounts for fixed terms once you’re happy.

Find out how to get your first month for free! Sign up for a free consultation.

We’re industry-leading on throughput and provide fast and reliable routing and traffic management using anycast. This makes our CDN extremely redundant across our entire network, as anycast doesn’t rely on just us making the decisions. Its self-healing and always provides the fastest possible route for your traffic to travel.

Take a load off your origin server

Our Storage Optimization System (S.O.S) solution shields your origin by guaranteeing a 100% cache hit ratio. With no cache misses redirected to your origin, you’ll pay less for data egress with origins like AWS’s S3, Azure Storage, and Google Cloud Storage.

Why don’t I see the CDN performance that’s displayed on public tests like Cedexis?

It’s likely a “Noisy Neighbor” problem. Many CDNs deprioritize content/clear it from the cache to make room for “priority” customers. If you’re not paying for dedicated storage, you’re not getting any.

We think of capacity differently and build out our network with all of our customers in front of mind – giving every one of them dedicated storage. We never oversubscribe our network at the edge and never prioritize one customer over another. Check out more on our Storage Optimization System page.

I’m paying too much for cloud storage data egress fees?

Take a load off your origin server

Our Storage Optimization System (S.O.S) solution shields your origin by guaranteeing a 100% cache hit ratio. With no cache misses redirected to your origin, you’ll pay less for data egress with origins like AWS’s S3, Azure Storage, and Google Cloud Storage.

Tired of generic CDNs that let you down?