Internet use in Africa, the Middle East and Asia will continue to grow rapidly. Are you prepared to serve the content needs of these key global markets?

Content delivery networks (CDNs) were established as a response to the rapid evolution of Internet use in the United States and Europe, when few were prepared for the level of demand that video, imagery, and all other high-volume static content would place on service providers.
It is time for CDNs to once again address this issue, but on the scale of global markets. The concentration of Internet users has shifted its center of gravity over to other continents. Emerging markets are showing incredible Internet adoption growth, and people in these markets are using online content in a way that calls for a global expansion of reliable content delivery. In this feature, we will explore why CDNs are set to become invaluable to the greatest hot spots of Internet growth: Africa, the Middle East, and Asia. 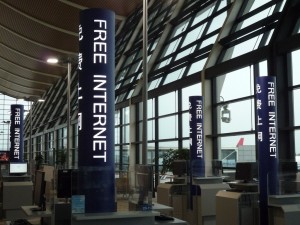 Internet adoption doubled globally, but leveled off in North America and Europe
Internet adoption in the United States and Europe has reached saturation. The global Internet population doubled between 2007 and 2012, but growth in these two well-established digital economies was slow. The greatest increases by percentage occurred in Africa (317 percent), the Middle East (294 percent), and Asia (143 percent). In fact, in this time span, Asia added 582 million new Internet users, accounting for 53.8 percent of all new Internet users.

Global markets bypass traditional telecom development, go straight to Internet
The important thing to understand about Internet usage in emerging markets is that it often represents peoples’ first sustained exposure to media. In part, this is because telecommunication infrastructures have rarely been available outside of urban centers in developing economies. Another key factor is that online media channels are much more economical than traditional channels, a selling point for people with limited financial resources.

African nations exemplify new trends
There is a pattern in African nations such as Burkina Faso, Togo, and Ghana, in which towns with no access to a power grid share a car battery as a charging station for mobile devices. While this would be an unusual sight to many living in developed economies, it makes perfect sense with more than 600 million mobile subscribers in Africa. This is a vivid illustration of the way in which people throughout the world are bypassing development of more established media channels and taking advantage of the economics of digital technology.
Of course, Internet penetration in Africa still has room for growth, despite more than quadrupling in a short time. Fortunately, the expansion of submarine broadband cables to the coast of Africa stands to connect more of the continent’s large mobile population to the Internet. This will be accelerated by the influx of affordable smartphones from East Asia and the global secondhand market.
With regard to the African population that is already online, a 2012 report from McKinsey called “The Rise of the African Consumer” gives insight into its digital habits. This report features a breakdown of frequent Internet activities by African users on PCs versus mobile devices. Activities such as social networking, gaming, and viewing multimedia ranked very high, much higher than transactional activities like e-commerce and banking. These are all online pursuits in which a CDN is crucial. Furthermore, most African consumers consider low-bandwidth to be a greater obstacle to Internet adoption than cost, an issue directly addressed by CDNs.

Internet as entertainment in Turkey and the Middle East
In the Middle East and surrounding regions, economic development and the presence of a relatively young population have bolstered digital adoption. The average penetration rate in the Arabian Peninsula and neighboring countries is 40 percent.
In particular, Internet engagement patterns in Turkey reveal a great deal about the growing need for reliable content delivery in the region. By 2010, the average hours of online engagement by Turkish users surpassed those of the United States, the United Kingdom, and France. Furthermore, in terms of engagement by activity type, Turkey showed greater penetration in terms of multimedia, games, and sports than the United Kingdom, Brazil, China, India, and Russia. A recent survey found that Turkish users were highly prone to using the Internet for “fun,” with 71 percent going online daily for pure entertainment reasons.

Asia is the online center of gravity
Asia can now be considered the world’s epicenter of Internet use and mobile engagement. Much of this is due to China’s immense population and rapid economic growth, which have contributed to it attaining the largest number of Internet users out of all global markets. However, the more modest economies of Southeast Asia have also lent a great deal to the growth of online consumption. The average number of hours spent online per week in Singapore, Thailand, Malaysia, and the Philippines is higher than in China and Japan.
A report by Nielsen saw Asian countries dominate the top five rankings of mobile video usage worldwide. In the post accompanying this report, the agency remarked that users in the region had the same special relationship with digital media as in Africa and the Middle East: “They have grown up as a digital generation, and most have bypassed traditional technologies such as fixed line telephones and desktop computers.”

Conclusion
This brief exploration of the globe’s new online hot spots has revealed a definite pattern. In order to serve the newfound media consumers of these global markets, for which online consumption has become natural, it will become increasingly important to ensure reliable content delivery.
Photo source: Flickr